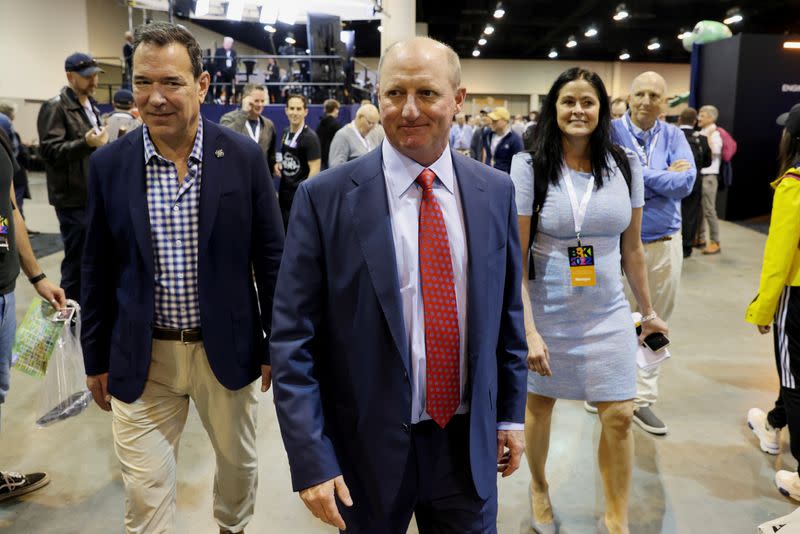 Berkshire Hathaway Inc said on Saturday that Vice Chairman Greg Abel, who is next in line to succeed billionaire Warren Buffett as chief executive, sold his 1% stake in the company’s Berkshire Hathaway Energy unit for $870 million. In its quarterly report, Berkshire said the energy unit bought out Abel in June under an agreement among them and the family of the late billionaire philanthropist Walter Scott, which owns an 8% stake. Buffett’s Omaha, Nebraska-based conglomerate took a $362 million charge to capital, reflecting the premium over how much the stake’s value was reflected on its books.
August 6, 2022
Less than a minute
Facebook Twitter LinkedIn Tumblr Reddit WhatsApp Telegram
Share
Facebook Twitter LinkedIn Tumblr Pinterest Reddit VKontakte Share via Email Print

Beautiful Stars Of The '80s Who Still Excite Today

In order to view or create your watchlist, you must Login or Register
Back to top button
Close
We use cookies on our website to give you the most relevant experience by remembering your preferences and repeat visits. By clicking “Accept”, you consent to the use of ALL the cookies.
Do not sell my personal information.
Cookie SettingsAccept
Manage consent